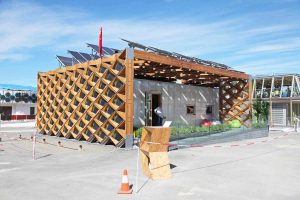 The “Para Eco-House” combines both parametric and ecological strategies into the logic of the
architectural language used in the house design. Both ‘Passive’ and ‘Active’ energy systems are
utilized in this project. Going beyond the functional and environmental requirements, we create a
paradigm for a low carbon future. 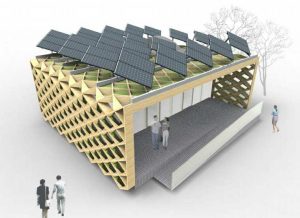 The concept of creating a multi-layer skin emerges from a combination of Dao theory in eastern
philosophy and the theories of Michel Foucault in western thought, especially the ideas of
autonomy in architecture.
In Dao theory, the emphasis is upon the continence and the conversion among the world. While
Michel Foucault discusses about the importance of independence and autonomy, along with it, the
concept that quasi-autonomy which best presents the infiltration and conversion between the
natural environment and our artificial environment.
Combining the ‘Active’ and ‘Passive’ environmental systems into a symbiotic relationship with one
another, the two philosophies merge and benefit from the mutual interaction. 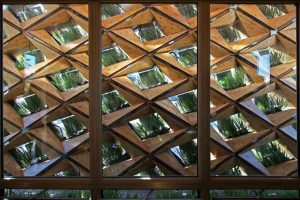 20 Ecological Points Towards An Autonomous Architecture

Photovoltaic Panels
Photovoltaics are best known as a method for generating electric power by using solar
cells to convert energy from the sun into a flow of electrons. Our house has 48 panels
placed on the roof; we have also generated an algorithm and mechanical base that will
keep them orientated towards the optimum solar single throughout the day and year.

Solar Collector system
A solar thermal collector is a solar collector designed to
collect heat by absorbing sunlight. In our system we have connected the solar heat array
into the homes heating supply, providing a high ambient temperature in the for the family
to use.

A motorized axis system have been developed to position the solar panels directly in the
suns raise throughout the day, making them 25% more efficient.

Solar PVT (Photovoltaic with thermal)
A duel use system for cooling the Solar panels making them run more efficiently. This
water is then pumped into the house and is a low grade temperature heat resource used
both for heating water and air conditioning.

Gray water is reused by being filtered and is pumped back into the system to aid in
backwater systems.

The waste gray water, flows through the plants and microbes, which purifies the water
through different kinds of filtration, by settling and the vegetation cleans the water by
absorbing it, this water is used to flush black water and for outdoor use.

Pre-heating and Pre-cooling water tanks are place under the base of the building, and
utilize water source heat pump to regulate the temperature of the building. This
mechanism works at electrical peaks, and uses only excess energy that is produced by
the solar panels, and acts as a thermal battery. Meanwhile, In the summer time the water
source heat pump collect condensed heat and makes use of it by heating the hot water
supply.

The rainwater is collected and filtered and is used in the building for cooling.

In the transition season the outdoor fresh air, flows into the building through the shafts
under the building, which make the air condition system more efficient and increases the
thermal comfort of the house.

The exterior timber energy skin protrudes out over the inner skin so shield it from direct
sunlight. This shading will protect the inhabitable house from temperature fluxes.

A chimney effect is created by heating the top, this ventilates the building by creating the a
funnel or air through the building.

Pockets of greenery are interspersed through the roof structure; these are used to slow
rainwater runoff, and to help cool the solar panels.

A parametric skin, which unifies three elements, firstly the orientation and aspect of the
solar panels, secondly the vertical vegetation, and the third is the airflow ventilation
system.

A vacuum insulated panel (VIP) consists of a nearly gas-tight enclosure surrounding a
rigid core, from which the air has been evacuated, we have used this to maximize the
thermal efficiency of the enclosure.

Make use of the Desiccant heat pump regulating the interior latent load where a fan
cooled unit will manage the interior sensible load, keeping a separate control of the latent
heat load, enhancing the efficiency of its heat and cooling ability.

The structure is made of press bamboo panels, with very low carbon production.

Our furniture is made of bamboo which is also have very low carbon production.

In the semi open space, a humidifier system uses mist to cool the visitors that will be
queuing to see the house.

Rthe patio passive system can react to different environment requirement in each season,
and reduce the energy consumption.

Light emitting diodes are used on the facade to enhance the visual appearance of the
building in the evenings, highlighting various elements of the architectural design. 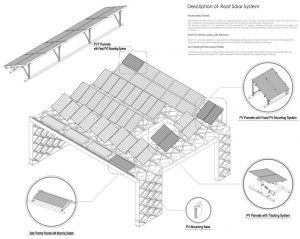 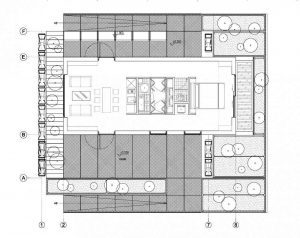 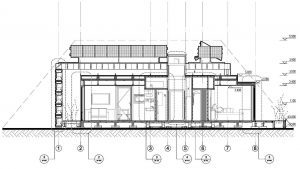 Rate the new Louis Vuitton Store in Osaka, from 1-

Rate the design from 1-10? The amazing rotating fa

Rate this shot from 1-10?
Splendid photo by @andyh

Rate this building from 1-10? Designed by @krisyao

Rate this installation from 1-10?
Venice Architect

Rate this pavilion from 1-10? The BUGA Wood Pavili

Rate this handle from 1-10? A Machines Perception

Rate this pavilion from 1-10?Trabeculae Pavilion i 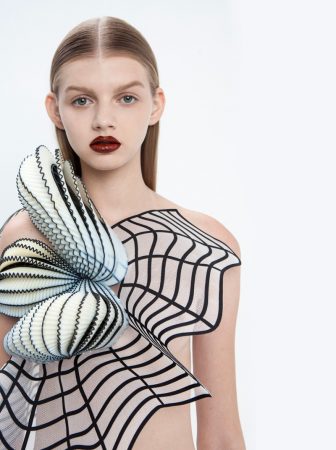 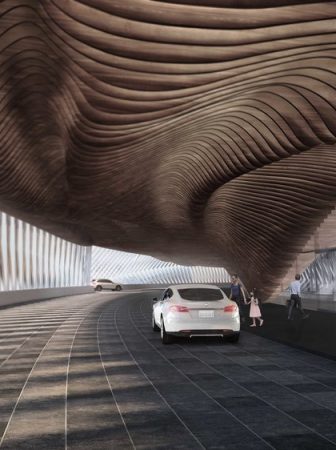 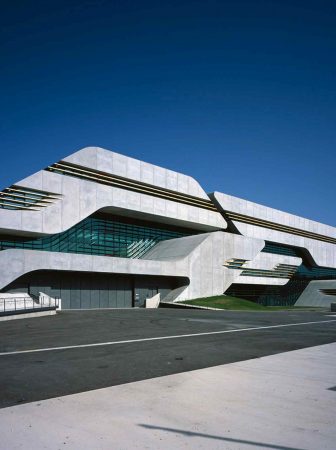 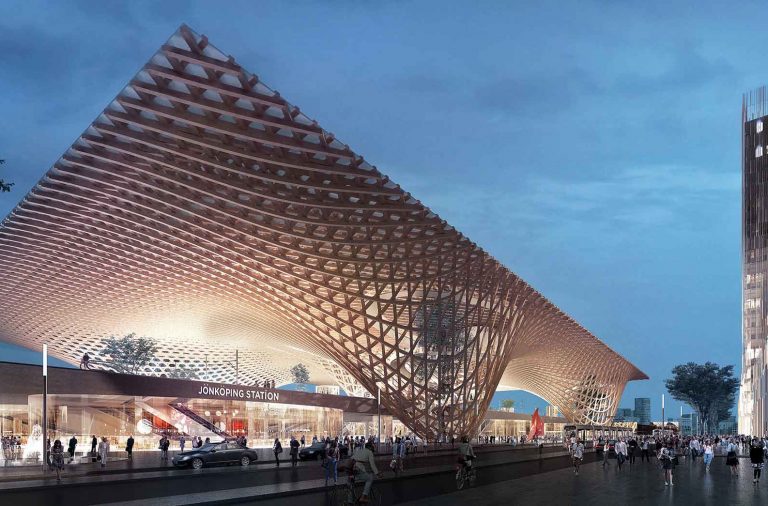 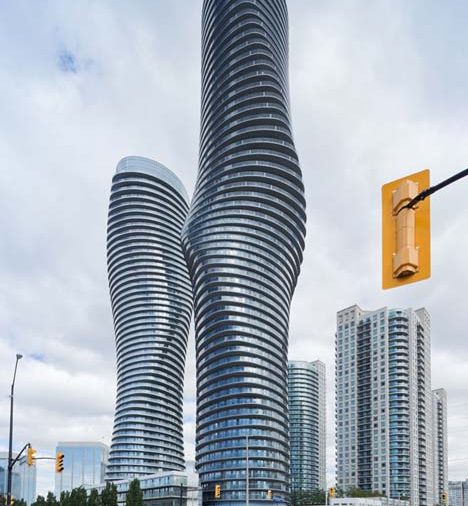 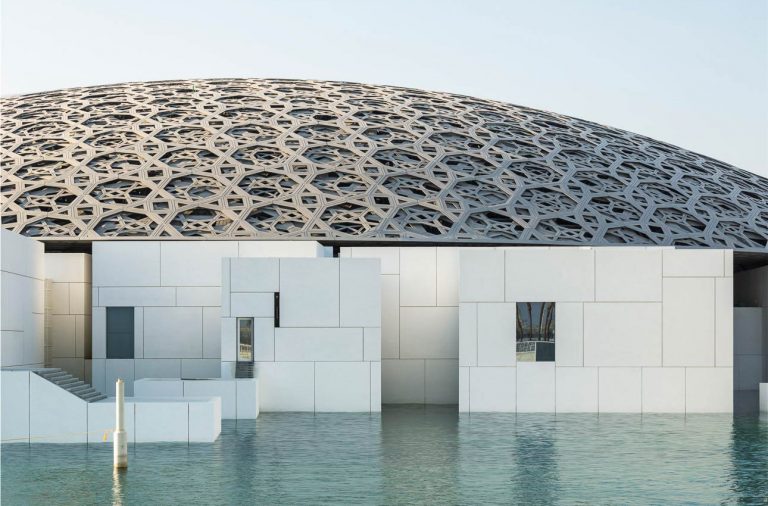