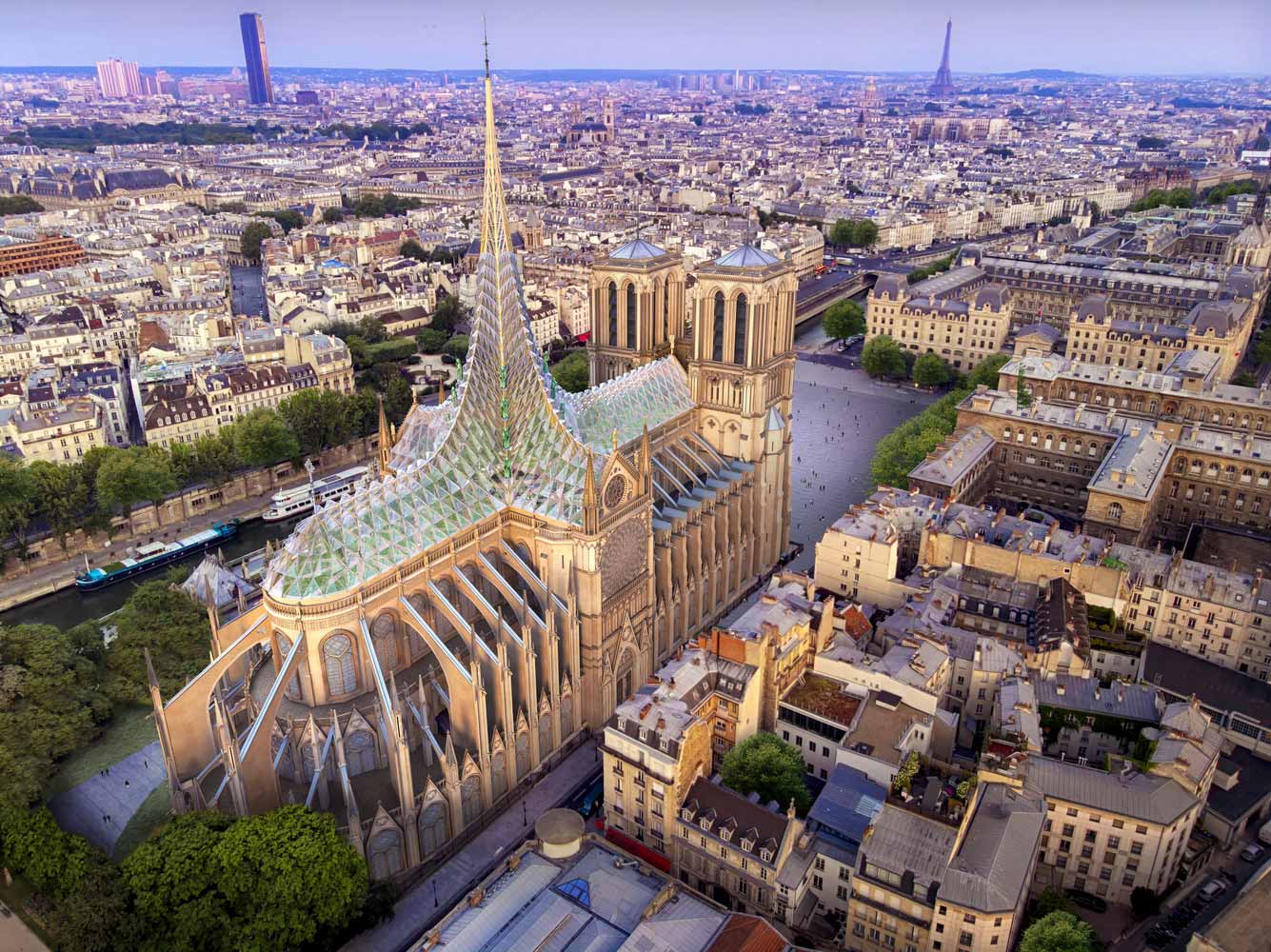 On April 15, 2019, Notre-Dame cathedral, which has been keeping watch on Christian and Western culture since the beginning of its construction eight centuries ago, nearly saw its end in the historic fire that devoured its roofs as we watched on in disbelief. Reflecting the all-spiritual splendor of our material and sacred heritage, this sublime lady has undoubtedly reminded us of the frailty of our life and our civilization.

What is more, this powerful fire has awakened our dystopian imagination and somewhat echoed the Church’s current identify crisis, as well as the environmental challenges we are facing through climate change.

Now, as we start thinking about Notre-Dame’s reconstruction, questions arise as to how we can architecturally summarize the human intelligence of our era and depict the prospects of Catholicism. More specifically: How can we write the contemporary history of our country, but also that of science, art and spirituality together? For it is hardly enough to reproduce the past as it used to be; we must project ourselves towards a desirable future, conveying to the world the thirst for transcendence that propels human beings.
Thus, we seek to present a transcendent project, a symbol of a resilient and ecological future that offers the city Paris a set of solutions inspired by biomimicry, defined here as a common ethic for a fairer symbiotic relationship between humans and nature. 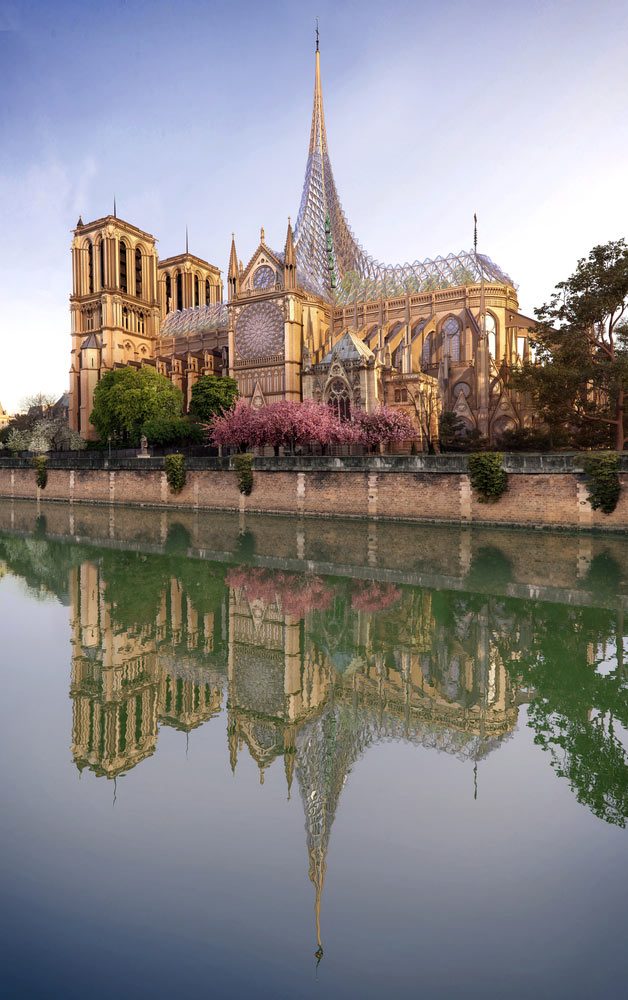 A Biosourced Contemporary Spire, A New Symbol of Spiritual Aspiration

Palingenesis project – in Greek παλιγγενεσία, meaning “rebirth”, “regeneration” – aims to assimilate the venerable stone nave, to blend in naturally as a vegetal graft harmonizing in one gesture – in one single curved stroke of pencil – the roof and the spire.
From the four gables, the original geometry of the 10 meter-high attic has been respected. As we move towards the transept cross, its triangular section and steep, 55-degrees pitched roofs gradually stretch to shape a vertical spire.
Thus, respecting the inherent principles of descent of the structural loads of the building towards the flying buttresses and the inner fasciculated pillars, the four roofing lines and the four lines of the roof’s ribs bend and join together in harmony towards the sky, producing a parametric and light geometry.

Constructed with cross laminated timber beams pre-stressed with carbon fiber slats , the new oak frame seeks to use the minimum amount of material to ensure a low-carbon footprint while offering the greatest transparency to the cathedral.
Transparency, sharing and openness to our society’s development: such are the ideas conveyed by this new, diaphanous forest of Notre-Dame, outlining the new face of the Church in the 21st century. A dynamic, agile and contemporary Church.
Its pure and elegant architecture invites us to elevate our spirituality and adopt a much-needed and overly altruistic and humanistic stance towards the world around us, with a view to its better preservation.

The four great hip rafters are oriented towards the cardinal points. Between the four ridges which give the roof its sophisticated character, their curves reincorporate one above the other the monumental, wrought-copper statues of the twelve apostles, and the tetramorphs symbolizing the evangelists. Fortunately, these sixteen statues, work of Adolphe-Victor Geoffroy-Dechaume, had been removed four days before the fire – i.e. on April 11, 2019 – for restoration.

The rooster located and found in the rubble the day after the disaster will crown the spire again; in this position, it should remain the “spiritual lightning rod” and protector of the faithful.

The new architecture of the spire, like a shroud raised from the keystone of the transept crossing, evokes the rebirth but also the mystery of the cathedral and the resurrection of Christ. And under the shroud, life and renewal emerge. Notre-Dame dazzles the world again while amplifying her universal message of peace and her spiritual aspiration. 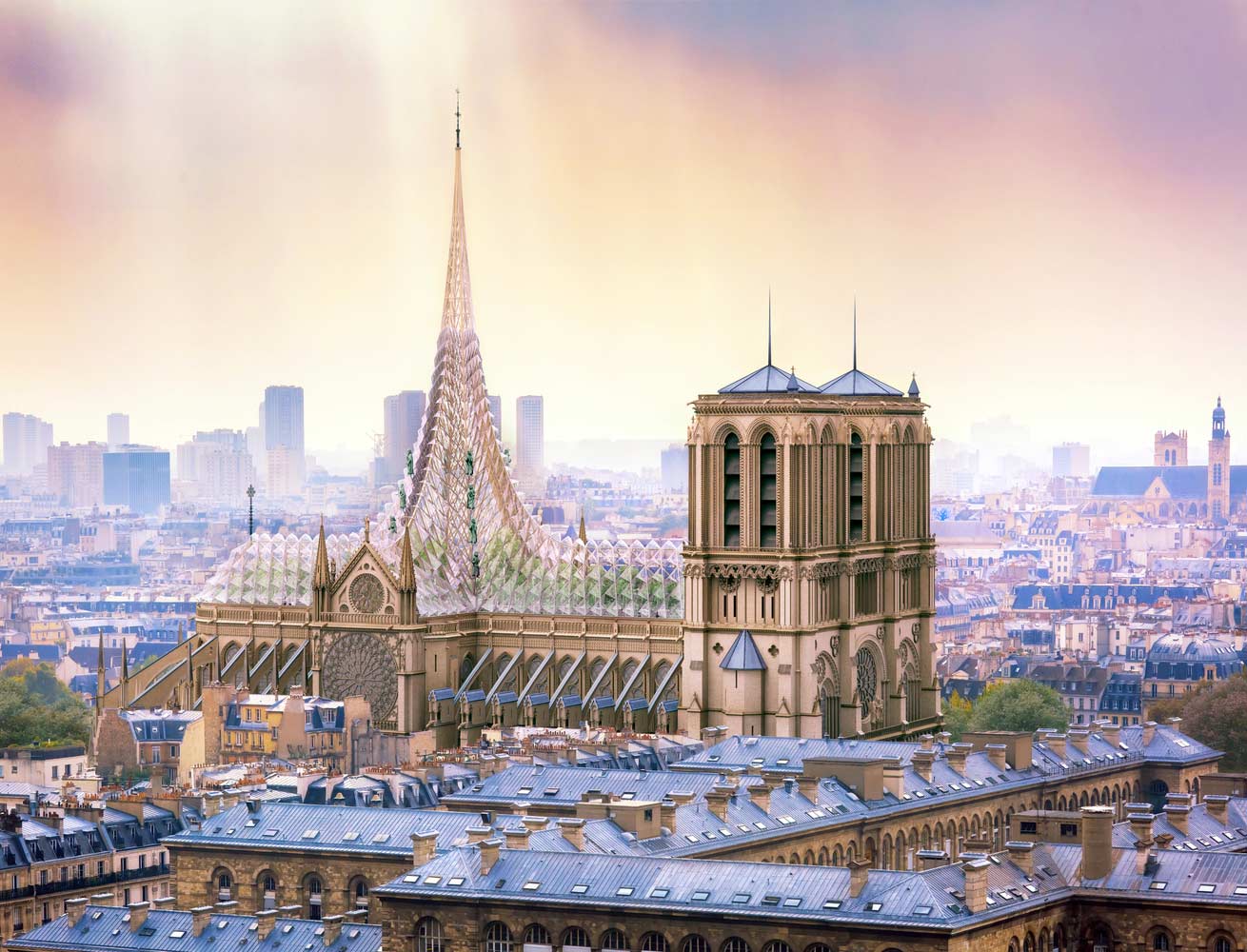 A Solar and Ventilated Roof Inspired by Biomimetism

The idea is use this new architectural “graft” to turn Notre-Dame into a positive energy building, designed to produce more energy than it consumes. Through energetic solidarity with the body of the historic monument, the contemporary, three-dimensional Gothic stained glass graft produces all the electricity, heat and passive ventilation that the cathedral might require, by combining passive systems and advanced renewable energies.

The new wooden frame is covered with a three-dimensional crystal glass dress subdivided into faceted diamond-shaped elements. These crystals consist of an organic active layer, made of carbon, hydrogen, nitrogen and oxygen, which absorbs light and transforms it into power. This energy, stored in hydrogen fuel cells, will be directly redistributed throughout the cathedral.

To avoid any greenhouse effect, these crystalline scales open at the bottom of the frame along the acroterion of the nave and transept, creating thereby a natural air flow towards the top of the spire which mimics a wind powered chimney. This natural ventilation, whose operation is akin to the interior of a termite mound, ensures excellent aeraulic performance.

Furthermore, this roof-spire in the cathedral attic provides a thermal buffer space, which accumulates hot air in winter to better isolate the cathedral, and vents with fresh air in the summer through the evapo-transpiration of plants.

Thus, the cathedral would become an exemplary eco-engineering structure and the Church a true pioneer in environmental resiliency.

At its heart, the Palingenesis project features a garden devoted to contemplation and meditation. Needless to say, this garden serves aesthetic but also nourishing purposes. Indeed, it is cultivated by volunteers and charitable associations to help the most deprived and homeless Parisians.

Aquaponics and permaculture produce up to 25 kilograms of fruit and vegetables per square meter per year. Therefore, up to 21 tons of fruits and vegetables could be harvested and directly redistributed for free each year. To that end, a farmers’ market would be held every week on the forecourt of Notre-Dame.

This urban farm is arranged atop the Latin-cross plan of the roof and set in planters, which essentially redraw the layout of six-part vaults on the ground. This geometric garden “à la française” relies on a double-deck structure with light soil to grow its fruits and vegetables along the nave, from East to West, from the two towers to the apse. In the North-South axis, the roofs of the transept hosts aquaponic basins feeding plants with natural, fish fertilizers. Moreover, these water mirrors expand the place by reflecting the rose windows on the North and South side gables. 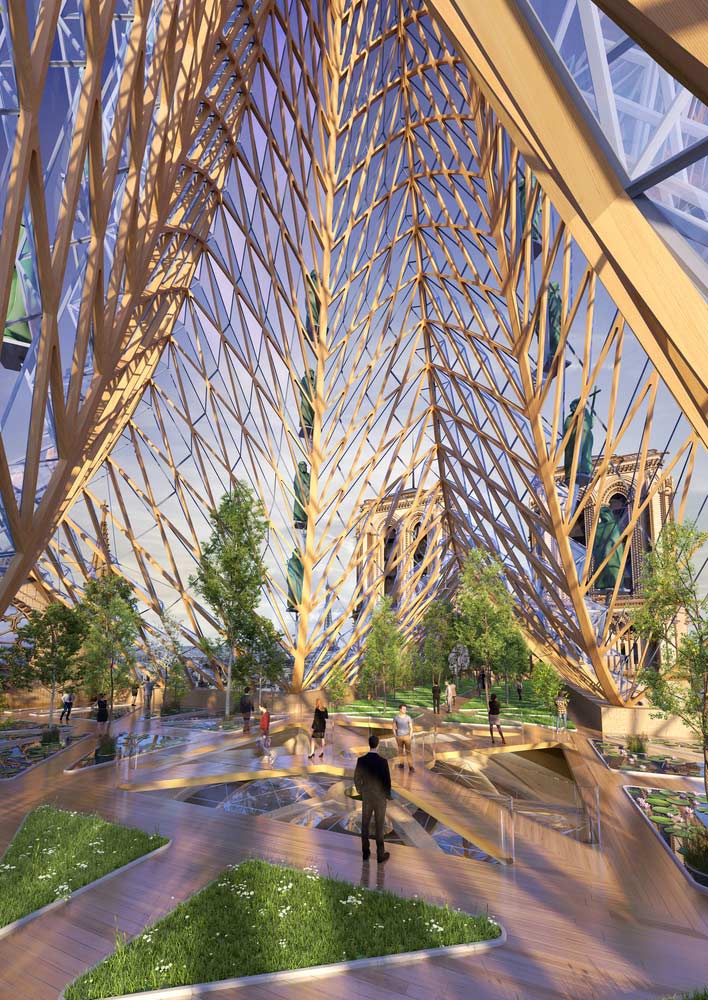 A Choir Bathed in Natural Light

The crossing of the transept gave way and crumbled to the ground under the weight of the collapse of the spire of Viollet-le-Duc inaugurated in August 1859. Here is a bold proposal to overcome such disaster: let natural light flood the cathedral from the glazed spire towards the choir.

The large arched vault of the intertransept would be rebuilt in structural glass around its four stone ribs, pushing the thrust towards the corners. Natural light would highlight the emblematic identity of this place at the intersection of the main branch of the nave and the transept. The history of the place and its terrible fire would be retranscribed architecturally, offering a new divine atmosphere from the narthex of two spans located between the towers.

In conclusion, we advocate for an exemplary project in ecological engineering that feels true to its time and avoids a pastiche architecture that turns the city into an open-air museum. Circular economy, renewable energies, inclusive social innovation, urban agriculture, protection of biodiversity, without forgetting beauty and spiritual elevation: our reconstruction project feeds on such values to deliver a deep, conscious meaning.

From primitive Gothic in the 12th century to its restoration by Viollet-le Duc in the 19th century , through the radiant Gothic of the 13th century and the flamboyant Gothic of the 14th century, Notre-Dame cathedral undoubtedly arises from centuries of work and multi-faceted inspiration. As such, it is hardy encumbered by useless musings about the overlapping styles inherent in the building.
Each wave of time contributes its alluvium, each race deposits its layer on the monument, each individual brings his stone. Thus do the beavers, thus do the bees, thus do people. Victor Hugo 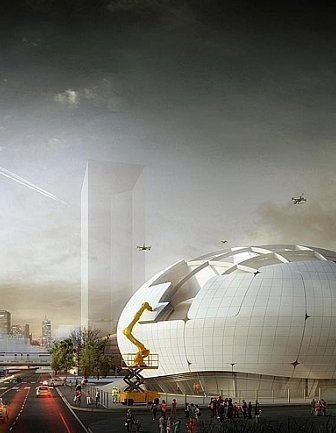 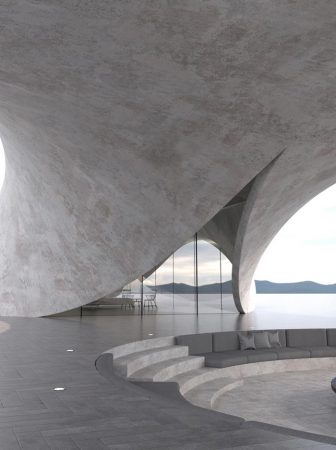 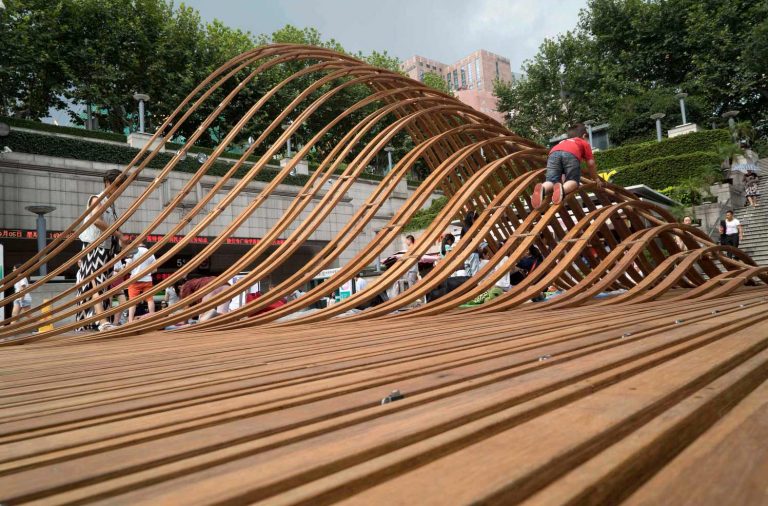 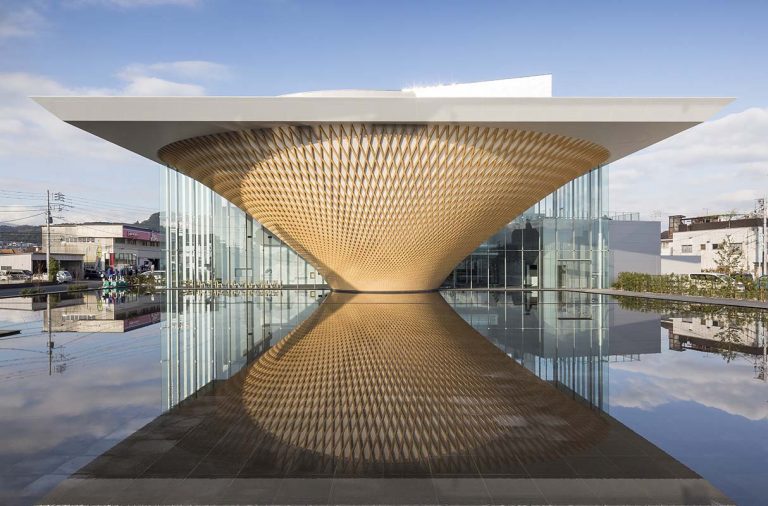 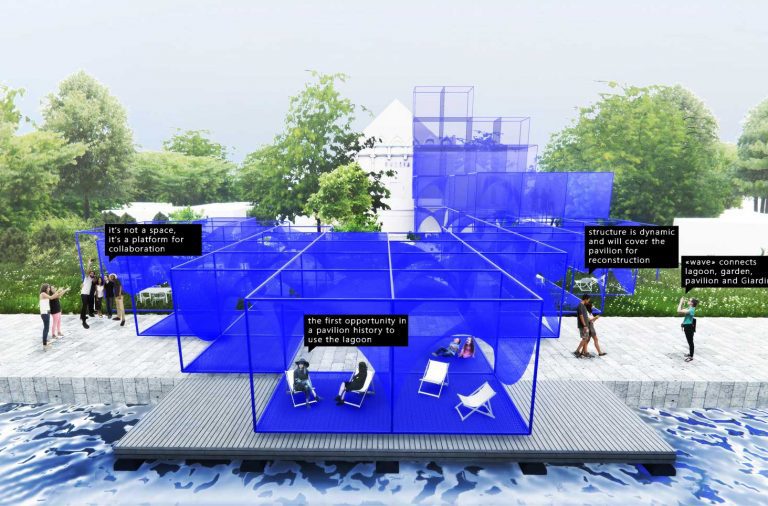 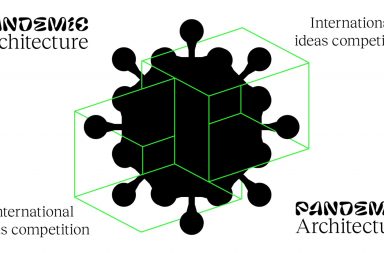