BIG and HOK have won a two-stage international design contest to create Zurich Airport’s Dock A, the largest dock in the Zurich Airport. The design concept focuses on the passenger experience and how they navigate the airport, as well as using locally produced timber as the building’s primary material to represent both famous Swiss mountain vistas and the centuries-old heritage of timber construction and traditional pitched roofs. Bjarke Ingels, founder and creative director of BIG, described the project in a statement as “a simple yet expressive design—rooted in tradition and committed to innovation—embodying the cultural and natural elements of Swiss architecture,”

The new Dock A is divided into two sections: the center hub, which includes retail, airport services for arriving and outgoing passengers, and vertical circulation, and the pier, which includes gates, waiting rooms, and fixed links that connect to the planes. The project also includes The new air traffic control tower that will be placed at the center of the new structure, to be perceived from the inside providing a sense of location, different from the airport.

The project’s materials were chosen based on the local renewable resource’s long-term viability, as well as the capability of prefabrication throughout the construction process. The material was also considered as a tribute to Switzerland’s long-standing legacy of wood building. This offers a distinctively local design that visitors will recognize, while simultaneously emphasizing the airport’s commitment to sustainability. Also, the loadbearing system for the dock is based on a V shape of timber. The new Dock A will also feature a solar shingle-clad roof with integrated shading, as well as sustainable cooling and heating technologies.

The new terminal’s spaces make use of daylight as a natural wayfinding system. Passengers are guided toward the center hub by a linear skylight that opens into the atrium, where all outgoing, arriving and transferring passengers meet. The center is divided into seven levels, all of which are visually united by a light-filled atrium. From the basement immigration hall to all arrival and departure levels, as well as the lounges on the upper floors of the central hub, passenger movements are routed through the atrium, which connects all floors through stairs, escalators, and elevators.

Construction of the new Dock A at Zurich Airport is set to begin in 2030, according to Zurich Airport. While building on the new terminal is underway, the present Dock A, which is located just to the north of the planned new facility, will continue to serve around one-third of incoming and leaving passengers. Once the new facility is operational, it will be decommissioned. This remarkable project will define the way for the future architecture on thinking about resources, sustainability, and the local culture. As Harry Gugger said “This project marks not only a new milestone for Zurich Airport but for the entire aviation. The jury was delighted and grateful to endorse such a groundbreaking project that will help to revive sustainable wood construction for great infrastructural projects,”. 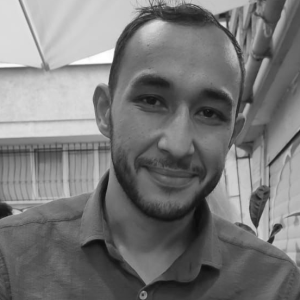 Yuyuan Station, An Attraction Spot With Its Vivid Look